Share a memory
Tribute & Services
Tribute Wall
Read more about the life story of Aliceann and share your memory.

Aliceann Bailey, 76, passed away on Friday, November 19, 2021, at Monsignor Bojnowski Manor. She was the loving wife of the late James Bailey, Sr. with whom she shared many loving years of marriage before his passing in 2016.

Aliceann is survived by her two sons, James Bailey Jr and his wife Christine, and Sean Bailey; her granddaugther Victoria Bailey and step-granddaugther Annalisa Sega; and her brother Edmund (Spot) Covaleski. She was predeceased by her two sisters, Eleanor Covaleski and Elizabeth (Covaleski) Mascoli.

A Mass of Christian Burial for Aliceann will be held on Monday, November 29 at 10:00 AM at Our Lady of Mercy Church in Plainville. Burial will be held at a later date at the State Veterans Cemetery in Middletown.

Memorial donations can be made in Aliceann's name to Monsignor Bojnowski Manor. The Bailey Funeral Home of Plainville has been entrusted with the arrangements. To leave a message of remembrance, please visit www.bailey-funeralhome.com.

To send flowers to the family or plant a tree in memory of Aliceann Bailey, please visit our floral store. 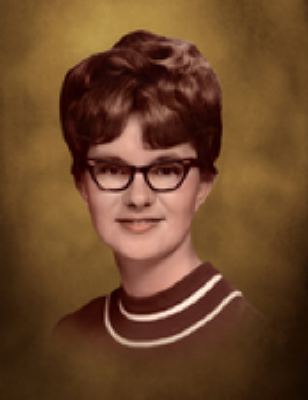 In Loving Memory Of

Look inside to read what others
have shared
Family and friends are coming together online to create a special keepsake. Every memory left on the online obituary will be automatically included in the book.

In Loving Memory Of

Look inside to read what others have shared

Family and friends are coming together online to create a special keepsake. Every memory left on the online obituary will be automatically included in the book.

You can still show your support by sending flowers directly to the family, or by planting a memorial tree in the memory of Aliceann Bailey
SHARE OBITUARY
© 2023 Bailey Family Funeral Homes. All Rights Reserved. | Terms of Use | Privacy Policy | Accessibility