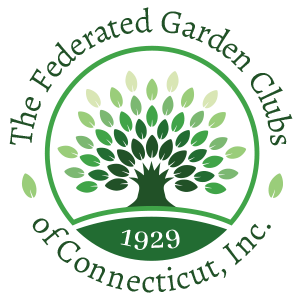 Frances C. Zemke passed away peacefully on April 18, 2021, five days before her 101st birthday.  She was predeceased by her husband, Edward L. Zemke in 1987. Fran is survived by her children and their spouses: Lawrence and Linda Zemke, Linda Zemke and Ed Gallick, David and Priscilla Zemke, Phillip Zemke and Sally Roth; her grandchildren: Jonathan, Jennifer, Jason, Ben, Jack, Drew, Juliana, and her great grandchildren: Lexy, Anna, Gianluca, Nicolo and Alivia.

Fran was born in Southington, CT in 1920. Her parents were John and Karolina (Plachno) Kasek. Her stepfather was John Kline.  She was predeceased by her siblings: Kathryn Weathers, Ann Hogan, Ferdinand Kasek, Stephanie Tanski and Nathalie McGuire.

She graduated from Lewis High School where she was the art editor for three years.  She graduated from Pequot Business School in Meriden. Frances worked in the Water Department and Assessor’s Office for the Town of Wallingford from 1965-1982. She was the illustrator for the town calendar from 1972-1982.

Throughout her life, Fran was active in numerous organizations including Cub Scouts, Girl Scouts, square dancing and the Wallingford Art League. She was a lifetime member of the Wallingford Rod and Gun Club and the Federated Garden Club.

Fran was a beloved and very active member of the Wallingford Garden Club for 60 years, having joined in 1961. She served as Chair for numerous committees over the years and was awarded the honor of a Federated Garden Clubs of Connecticut Life Membership on the anniversary of her 50th year of membership. She participated in the infamous ‘Butt Brigade,’ part of the Beautification of Wallingford Project that planted and maintained the beautiful plants and gardens on public properties in Wallingford.

It was Fran’s wish that, in lieu of flowers, donations in her memory be made to the Wallingford Garden Club, PO Box 770, Wallingford, CT 06492.

Fran was Mom to many and Ommie to her grandchildren and their friends. Her home was a frequent hangout place for the friends of the family. Her apple and blueberry sheet pies were legendary.

Fran was an artist and teacher. She volunteered as an art teacher at Undercliff Hospital in the 1960's and 70's and conducted weekly art classes in her home studio for over 30 years. Her gift was helping others find their artistic talent and express it in their paintings.

A private interment is being arranged by B.C. Bailey Funeral Home.  To leave a message of remembrance, please visit www.BaileyCares.com

The family wishes to thank the exceptionally kind and competent staff of the Connecticut Baptist Home where Fran spent the last years of her life. Special thanks go to Priscilla Zemke for caring for Mom in her later years.

To send flowers to the family or plant a tree in memory of Frances Caroline Zemke, please visit our floral store.

You can still show your support by sending flowers directly to the family, or by planting a memorial tree in the memory of Frances Caroline Zemke
Share a memory
© 2021 Bailey Family Funeral Homes. All Rights Reserved. | Terms of Use | Privacy Policy